U+D are small chilean architecture firm of about 7 people. They have been doing a lot of good work around chile and around the world. They do a lot of comeptitions world wide.
The building is a dedication to Violeta Parra who was a painter, musician, and a tapestry weaver. Also she was very influential in poltics. A lot of her work was focused on being the voice of the people who were being oppressed in chile during the communist movement. She was very influential and the architects took that in to consideration that the building was finished during the communists reign but the building was not dedicated or opened until the government changed. Also keeping in mind how each of violeta’s work was intertwined the architects made an open floor plan that flowed nicely with all of Violeta’s work. There was not one point where she was an artist then stopped and became a musiciam. Everything she did was all one thing, just different mediums.
When walking into the museum there is raml that takes you to the second level there is glass wall with sticks that make it look like someone is weaving the building. Also on the left side is a wall with pictures of violeta that are visible on the other side. Upon walking into the second floor the first thing that you see is a documentary of violeta. Then you go through and it has her instruments, artwork and tapestries. Also the pictures on the wall walking up are lit up because of the light coming in and showing what was actually printed on the screen. Then going down to the first floor is more of violeta’s artwork and tapestries. When exiting the the museum from the first floor there are hollow trees with speakers inserted inside that are playing Violeta’s music. Each tree has a different song. You have to put your ear to the tree to actually hear the song. Inside the museum is also an auditorium, a lounge area, and a small gift shop sith administration offices. In speaking with the firm that actually did the building they said that the original plan was to have everything open to have a nice flow to the building but it was a shame when they actually closed off the admin offices.
The architect talked about the design and said that it was greatly inspired by the work that violeta did but they also wanted to integrate future plans. He talked about the site beingn divided into two areas. One for violeta and the other was for the argentinian embassy. The other building is not  going to be mimicking the shape exactly but it will complete the curved wall facade.
In the end I did really enjoy researching this building and the material choices that were used. The main material is concrete, with the wooden sticks inside glass wall. There are steel beams used for the curtain wall and concrete columns for the structure. It also has an outdoor courtyard in the middle of the museum. The whole museum is amazing and I can’t wait to see what the other part of site looks like. 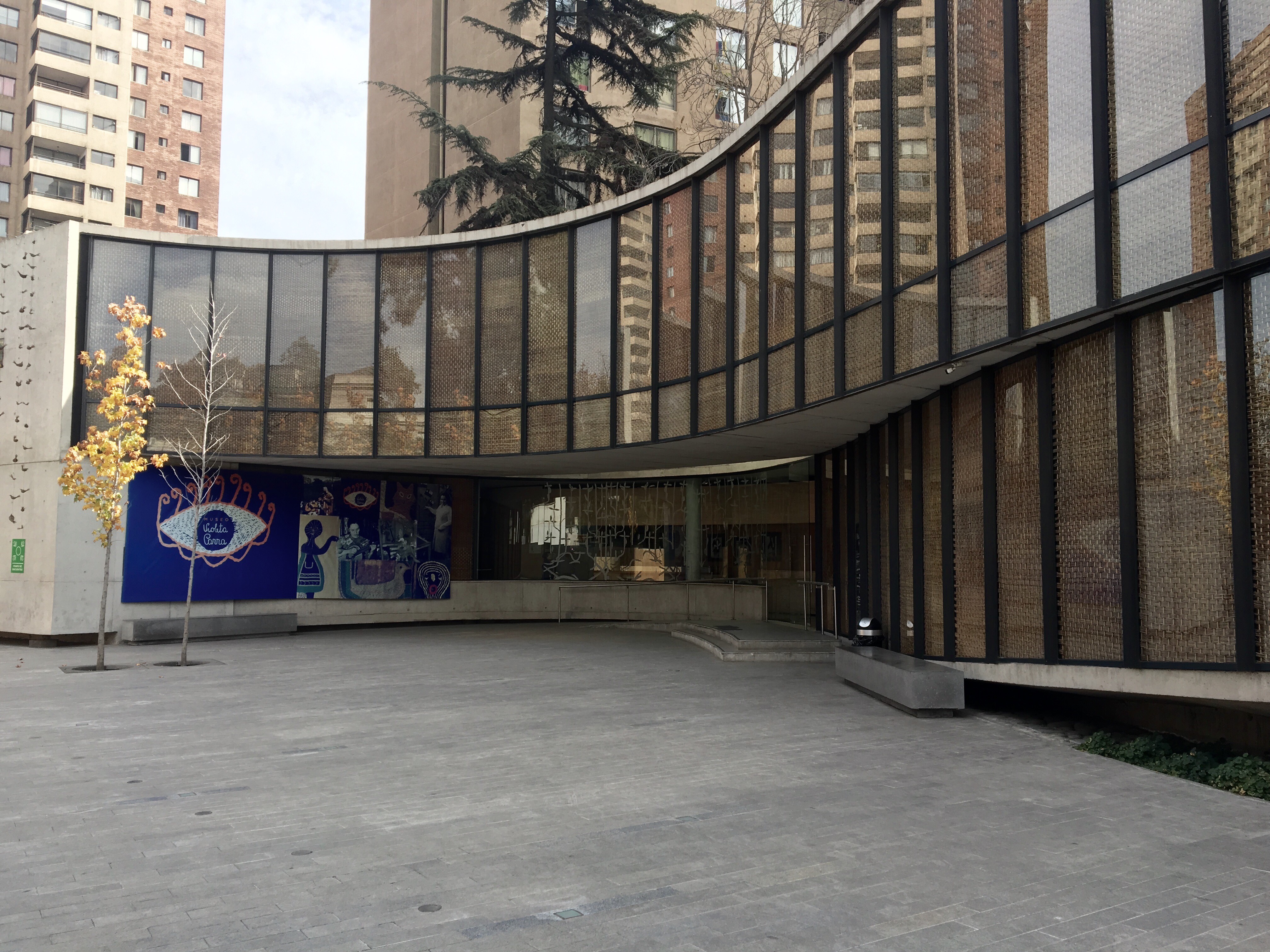