The architect’s main goal was to achieve sensibility to emotional response. In 2003 design competition opens for the first Baha’i Temple in South America. This temple would become a huge milestone for the Baha’i community, the last continental temple. The competition brief was simple and unique: a circular room with 9 sides, 9 entrances, 9 paths; allowing you to come to the temple from all directions. 9 symbolizing completeness, and perfection.

In world putting up walls, the architect thought that the design had to be open, and welcoming to people of all faiths, as the Baha’i faith. He was challenged by the lack of models to draw from, a new kind of sacred space. The architect wanted to create a building that radiated light, Something that became alive with light. He then sketched something with two layers, translucent, with structure in between, that captured light. Wanted the temple to move like a living plant trying to reach for light, like reaching for the divine, and to have movement within a circle could mean movement and stillness, like the cosmos.

Building technology: Bore silicate glass, broken and melted gave birth to a new material, cast glass which took two years to make. It has the quality they had been searching for, it embodies light. Structure lets the light through, the nine wings are bound structurally and bound symbolically strong. The temple has perfect geometry, 30 meters in section and in plan, perfectly symmetrical, like the idea of sacredness and geometry.

“9 wings bound together, forming a nine pointed star. And the star shape moving, tracking the 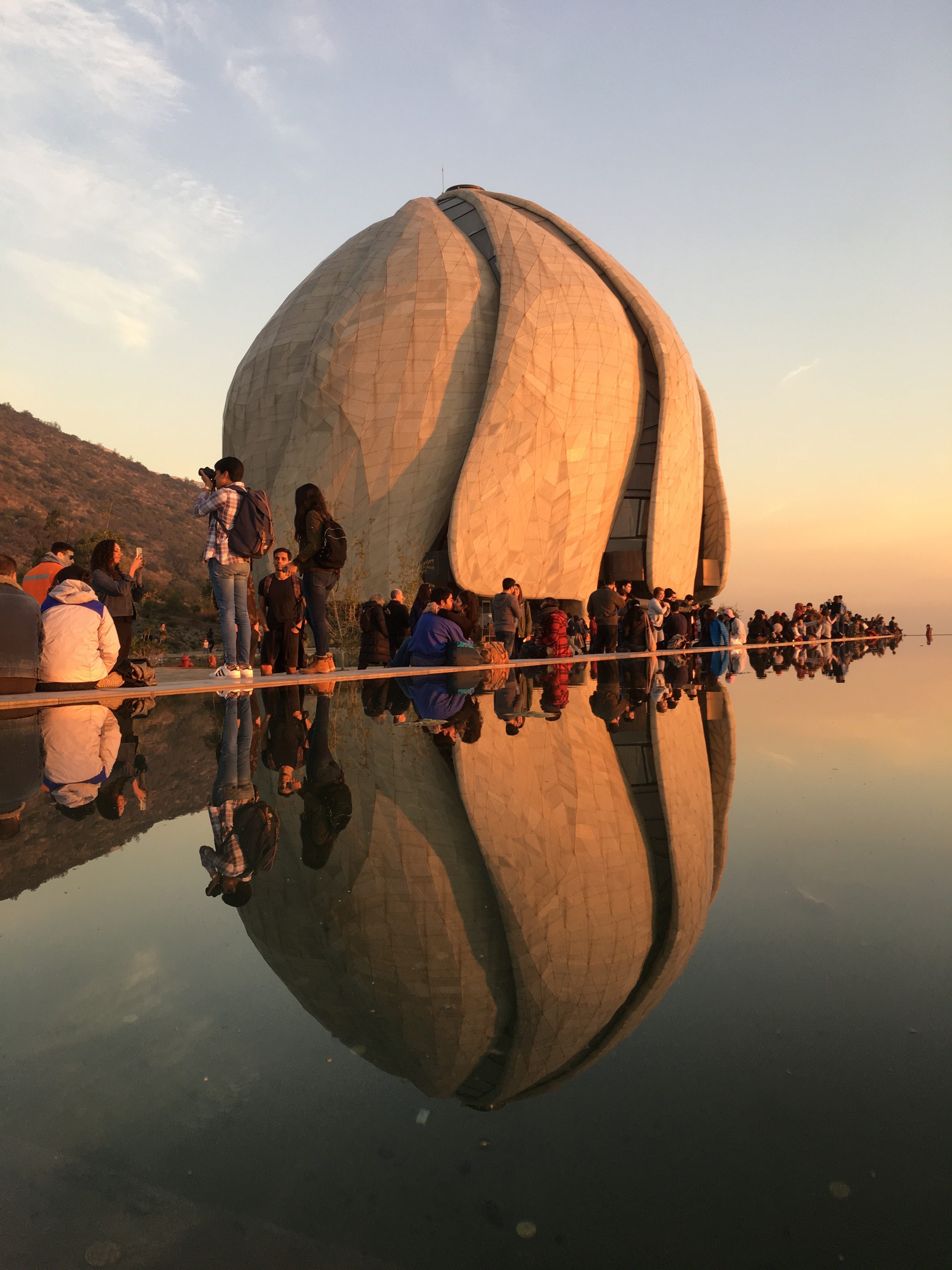