Renca is one such project. Due to more a more stringent budget than Quinta Monroy and a site requiring excavation and structural fill, the housing project takes on a very different form. The structural partí is a rectangular box constructed of timber with fiber cement cladding. The first floor was the only finish area, 300 sq. Ft., however incremental expansion into subsequent floors was designed to produce a 730 sq. Ft. home. Not completing these final spaces allowed more of the Chilean government’s housing subsidy to go towards making a larger enclosed volume and more durable initial house. The reality of this is a better product but still inadequate for in habitats needs. For this reason, every house in this project has been added to externally in addition the the planned internal expansion. This expansion creates a varied checkerboard in the front and back yards of the project and provides need additional space.

The Renca project was also designed to have rows of housing facing each other instead of the main road. While this approach devotes more to site circulation, it creates more shared and safe public space that is cared for my the community. Conventional social housing my profit focused developers doesn’t aim to create these spaces. (Left conventional, right Renca)

Social housing project like Quinta Monroy and Renca are not perfect works of architecture, in fact far from it. The do not intend to be perfect, the just intend to be better. These projects are pushing the limits of the problems architecture can solve. The societal and cultural issues of Chile are the root cause of social issues. Architectural projects of social house are treating a symptom. The are providing an increased quality of life than the informal settlements they’ve replaced, but they haven’t solved Chile’s problems. (Ledt neighboring informal settlement, right Renca) 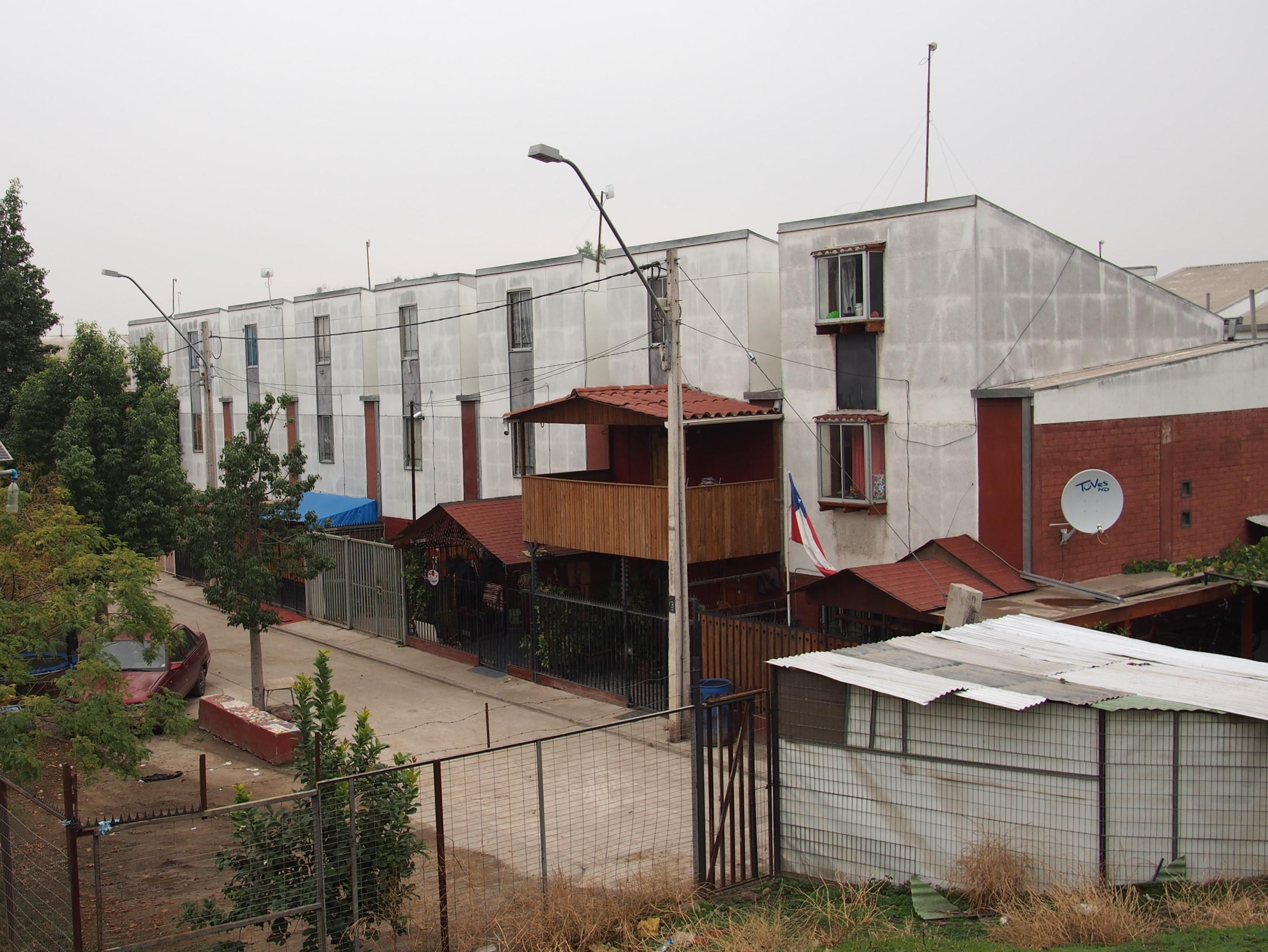