Because of the location, the site itself had a strong presence of the urban segregation. The space however did not light up until the children occupied the space. It brought such a warmth of energy to see the children interact with one another and using the equipment.

Most of the structure consisted of raw material that was designed for easy assembling on site. The park it self is maintained regularly, the gardener keeps a greenhouse on site and nurtures small planters spread along the park. The gardens included short messages for the users to respect the area and nature surrounding the park. The color palette of the equipment also follows the neutral tones, with a few accent colors such as the orange on the entry obstacle piece and the elevator that leads to the top of the slides. 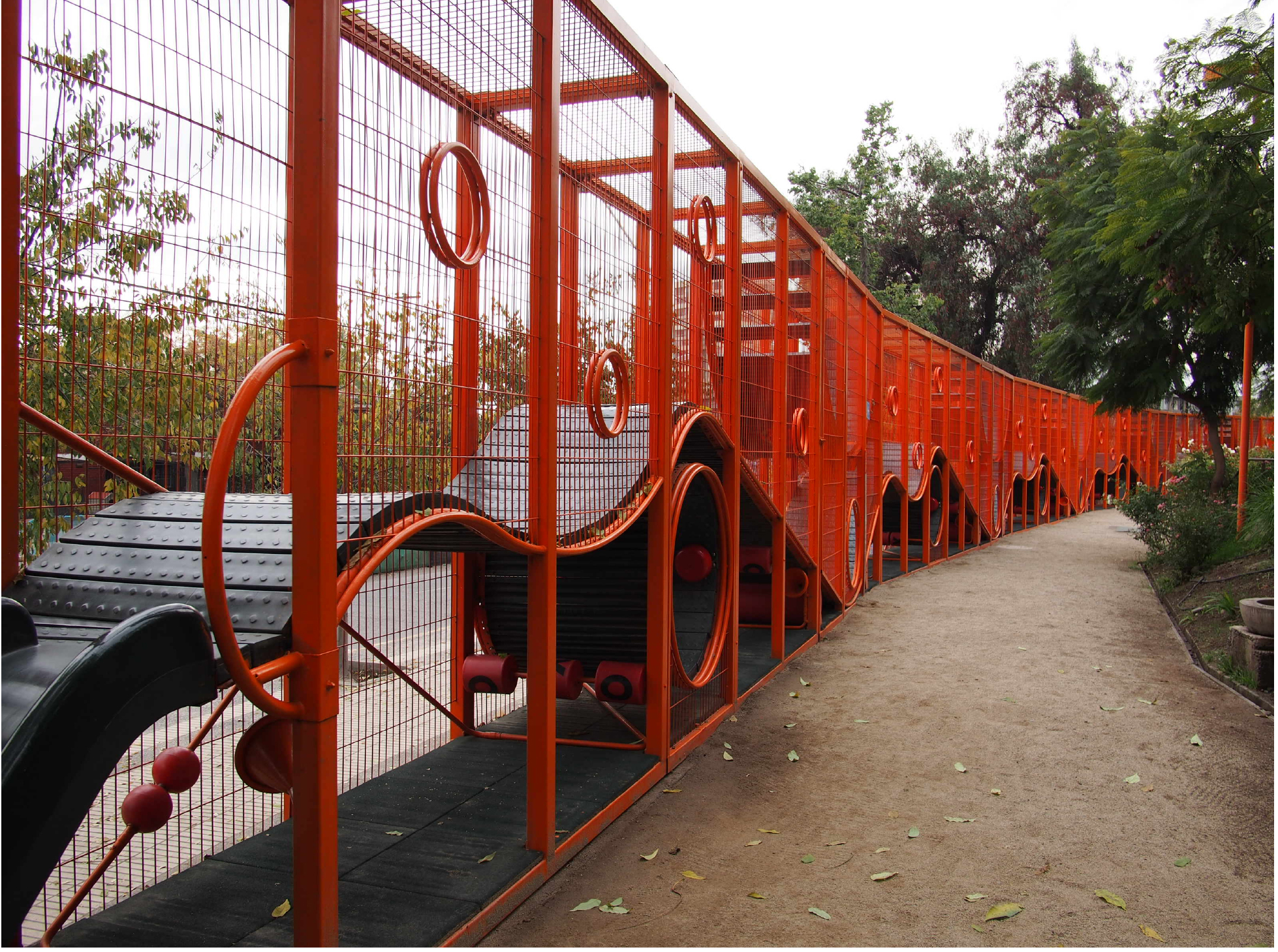