Nestled just southwest of the Palacio de La Modena, Chile’s central presidential government building, is the San Alberto Hurtado Memorial building, designed by Undurraga Deves, a small architecture firm with a large portfolio of superb international work. The memorial however, is an example of the finer quality of work that the firm has taken on through their competition-only business strategy[1]. The building is successful and serves as an example of architecture before a time of parametric strategy, where the builder’s artistry is truly revealed.

Concrete, steel, wood and glass are the materials used. The space is public with ramps to levels below and above with a total of three floors and used largely for exhibitions, honoring the late San Alberto Hurtado. In plan[2], the building operates effectively by opening and enclosing spaces with double-height volumes to allow for the transfer of light from the wall apertures, but also to create intimate spaces with the artifacts on display.

The primary architectural moment however, begins with the wall apertures. Aligned within random grid sequence of algorithmic clusters, small windows cut within the concrete wall allow for daylight to enter the space, simulating moments such as those found in space such as Le Corbusier’s Ronchomp Chapel. Surprisingly, these patterns referred to as Braile[3] by the architects, were drawn and constructed by hand with no support from parametric design software–signaling attention to true craft from the architects and the builders.

In section, the building truly unfolds as one enters each space to experience different levels of the exhibition. The idea is that one would elevate to the end of the exhibition, where light wells and skylights perform to create spacial and phenomenal conditions that initiate spiritual well-being. The end of the exhibition is where the most sacred objects are presented, with an ephemeral feeling of being closer to heaven.

In general, the architecture is a remarkable success. Undurraga Deves knocks this one out of the ballpark 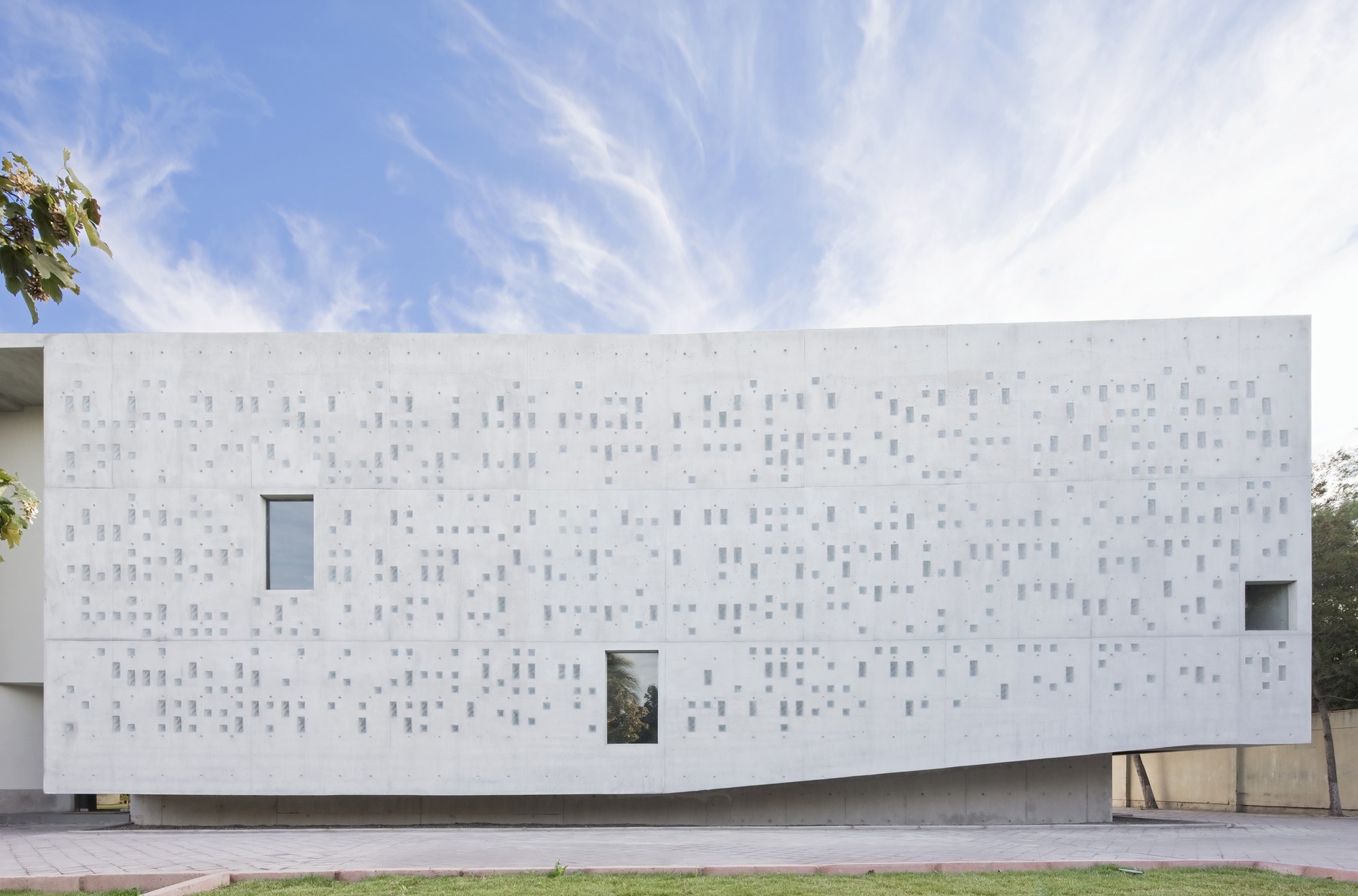