The Gabriela Mistral Building was originally designed by five architects. José Covacevic, Hugo Gaggero, Juan Echenique, José Medina y Sergio González Espinoza. It was built to host the UNCTAD Conferences in 1972. The building was commissioned by Salvador Allende, the Socialist President at the time. He over saw the construction and had it built in 275 days by a large group of volunteers. After the UNCTAD Conference was over the building was transformed into the Metropolitan Cultural Center and was used as such up until the Coup d’état disrupted this function in September 1973. Dictator Pinochet took over the building as his headquarters as the Moneda Palace was highly damaged during the Coup. In 2006, there was a fire at the building due to unkempt maintenance of the electrical wiring in the building. The Government under President Michelle Bachelet had to then decide what to do with the building. It was decided that it should be returned to its initial purpose as a cultural center. There was a competition where 55 contestants entered their proposals, Cristian Fernandez Arquitectos + Lateral Arquitectos y Diseño won the project for the redesign. The remodel was completed and inaugurated in 2010 where it was reborn as the Gabriela Mistral Cultural Center.

The buildings remodel design called for a few requirements. It needed to have a new identity since it was closed off during Pinochet’s Regime. The building was going back to the public so it was decided to make the building more open and transparent. This was achieved through several different architectural features. The building still sits quite heavy as three buildings on the ground floor and connected with a plinth on the second floor. This creates pathways through and around the building helping to break it up as does the glass façade on the ground level. There are areas in and around the building where the public can meet regardless if they are visiting the building for an event or not. The rest of the façade is cladded with weathered perforated steel, which plays into giving the building the look of transparency. It is combined with the glazing to give the interior a soft diffused light. The building houses 6 performance arts theaters, two conference halls, a library, two exhibition spaces, a recording studio and two squares. It also has retail spaces for a café, a restaurant, bookstore and wine trade. The performance spaces are in elevated boxes that tie into the public spaces to add to the level of transparency. The redesign of the building incorporated the original five building materials. Exposed concrete, glass, steel, weathered steel, and wood. The materials were meant to tie in the present to the past. 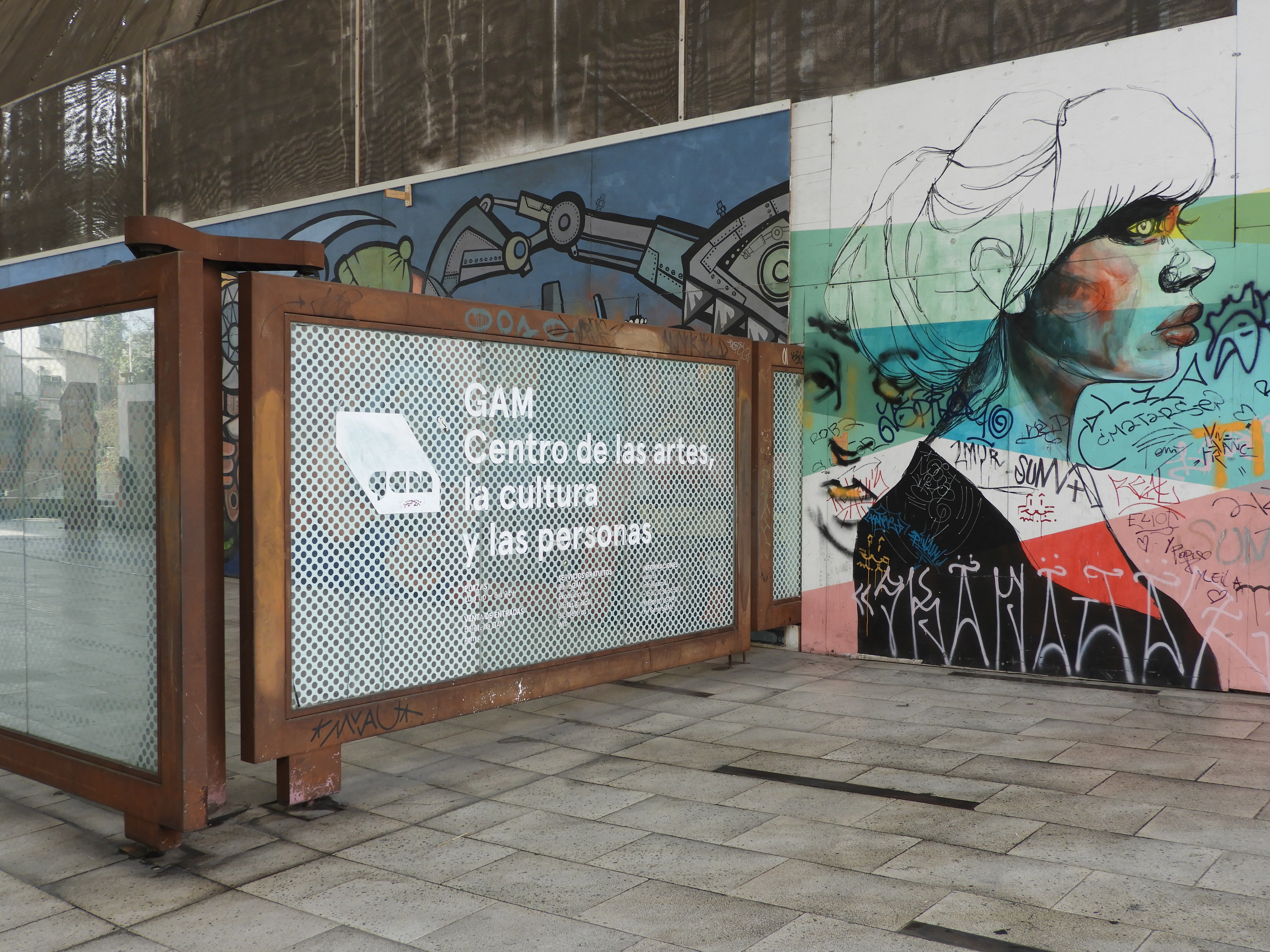